A guy walks into the Doctors office…

For a very long time – admittedly all of my adult life, I’ve entertained a lifestyle that was consistent with my personal mind set – do nothing half way – all in – full throttle. My diet consisted of eating and drinking whatever I wanted… in quantities that I wanted… and whenever I wanted. And physical exertion was limited to less strenuous activities such as golf. I did not subscribe to Harvey Penick’s thoughts on “knowing the course”, so when I golfed it was nearly always with the use of a cart. Slogging 18 with a bag over my shoulder was definitely out of the question.

In 2002, my weight had risen to over 270 pounds, and I came to the conclusion that the doctor may be right. Something had to change… So I half-heartedly attempted to rein in some of my behavior, and managed during the next decade to get my weight down to the 250 pound range. A move in the right direction, but as my blood pressure, cholesterol and glucose readings would attest, it was not enough.

In the Spring of 2013, the conversation with my doctor during my annual physical went something like this…

Me: How’s it going Doc?
Doctor: Well… You’re ugly, grossly over-weight, and if you don’t make serious changes in your diet and exercise I’m going to have to cut off your feet because of diabetes, but not before you go blind. Oh yeah, you’re setting yourself up for a stroke.
Me: hmmmm
Doctor: And all of this is going to happen much sooner than you think… You are killing yourself… The clock is ticking.

I left the doctors office, went immediately to a local pub, and consumed my fill of Pabst Blue Ribbon, Chili Dogs and Chili Cheese Fries. Call me a slow learner.

Fast forward six months to Thanksgiving 2013. I’ve talked with people who are able to identify the exact moment that they had the “Aha!” moment which caused them to make a significant personal decision. I, however, have no personal recollection of what finally “clicked” in my head and got me motivated to change my behavior. At some point, I began paying attention to what I was eating and showed a bit more restraint. By Christmas, I had trimmed another 10 pounds. As I began the new year, I was spending a great deal more effort paying attention to what I was eating, and by February what I was eating and its impact on my weight was a high priority.

In March 2014, I added daily exercise to my regimen, and the lifestyle transformation was in full swing. I should be clear about my approach to this “change”… I am not one to weigh my food or count down to the single calorie. Whatever I was going to adopt had to be something that I could sustain indefinitely – this was not a diet, but a lifestyle change that would be my path into the future. Quite honestly, there are things that I am not willing to go without, such as an evening treat of two fingers of Glenfidditch or the occasional slice of pizza. Adhering to this new lifestyle simply meant that I could still enjoy the occasional treat, and that when I did, I would need to make accomodations elsewhere if I was going to be successful.

There are three essential items that I have used each and every day to keep me moving towards my goals: 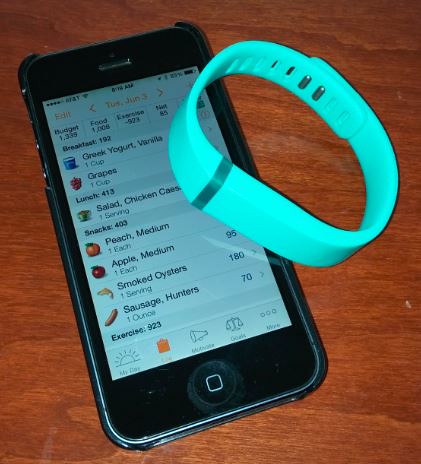 So how is this working out? I continue to pay close attention to my diet and I’m exercising on average five days a week. In May 2014 I returned to the doctor for my annual physical weighing in at 210 pounds – 40 pounds from a year earlier. My bloodwork showed significant improvements in all of the areas that had concerned my doctor a year earlier. “You’re still ugly“, the doctor told me, “But you’re heading in the right direction”.

Go and be intentional…

A long time resident of Southeastern Michigan, I am husband to the beautiful Trisha and father to three incredibly bright, compassionate, amazing young adults. I have been called husband, father, brother, friend, demon, scoundrel, team-mate, leader, misfit. I constantly seek personal and professional environments that encourage creativity, empower individuals, and foster excellence. alfamehl.com is an opportunity to share thought and opinion based on my personal and professional experience. My passion for learning remains the driver to become a better friend, husband, and father. The focus of my professional efforts (and satisfaction in what I do) is developing effective teams and equipping others to become exceptional leaders. My personal mission statement: to inspire, to love, to promise, to share, to believe that nothing is impossible
View all posts by Jeff →
This entry was posted in Family, Health, Motivation. Bookmark the permalink.